Autism is a brain condition characterized by various symptoms such as poor social skills, struggles in speech and non-verbal communication as well as repetitive behaviours. People dealing with this disorder are facing numerous consequences daily such as social exclusion and emotional trauma as they are often considered “inadequate” for regular employment. In fact, according to the UN, 80% of autistic adults are not part of the work force. At a European level, less than 10% of people with autism spectrum disorder (ASD) are employed.
However, autistic people can be active and productive members of society as long as they are given the proper support, understanding and the opportunities that they may need. In fact, various events, debates and campaigns have already been organized in order to promote respect for autistic people’s rights and equal chances in the working environment. Yet, only 12% of autistic adults that need employment support, actually receive it. Despite these unfavourable numbers, many great social entrepreneurial ideas have been implemented for making the labour market a more welcoming place for people with autism. 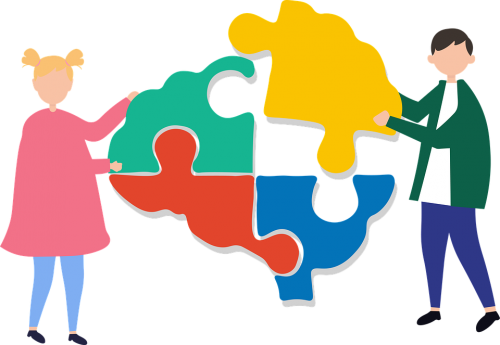 Auticon
Auticon is a company founded in 2011 in Berlin. Its vision is to provide equal employment opportunities for autistic people by directly hiring them as information and communication technology consultants. What the company actually has as a mission is to “shift perceptions on autism by delivering excellence”. In order to do so, Auticon has hired job coaches and line managers who are mainly responsible for relieving some of the pressure of the employers’ in the case a difficult situation arises. For example, they encourage the staff to frequently take some time off or they assist them with task prioritization.
Auticon is an excellent example of showing that autistic people can be efficient and productive as long as they are in an environment where they can thrive. Since its creation, it has now offices around the world (the UK, France, Switzerland, Italy, the USA and Canada) and it employs over 190 autistic individuals. Its vision and success have been recognized internationally and the company has even been awarded with the Visionary Employer Award from the Milestones Autism Resources in 2019.
Moreover, Auticon is not the only case of social entrepreneurial initiatives against autistic people’s exclusion. Many ideas have become reality in order to tackle this issue starting from an early age up until the adulthood. For example, The Transporters is a mini-series that uses animated vehicles with real human faces in order to help autistic children understand emotions and to make them feel more comfortable around people. When it comes to adults with ASD, Popcorn for the People is another successful company that tackled autistic people’s exclusion in the labour market by giving them the opportunity to work. Lastly, Rising Tide U gives the possibility to people with autism to be employed and is helping small business owners understand the benefits of hiring someone with this profile through workshops and e-learning.
Even if autism remains a taboo and for some, a barrier, social entrepreneurship aims to change the perception that society tends to have by giving a voice to autistic people, their families or carers. With October being the National Disability Employment Awareness Month, we kindly ask everyone to take it as an opportunity to have a closer look into the social enterprises that share this aim or take steps to transform your workplace to a more inclusive one. After all, the “abnormal” is the most beautiful and special thing in the world.